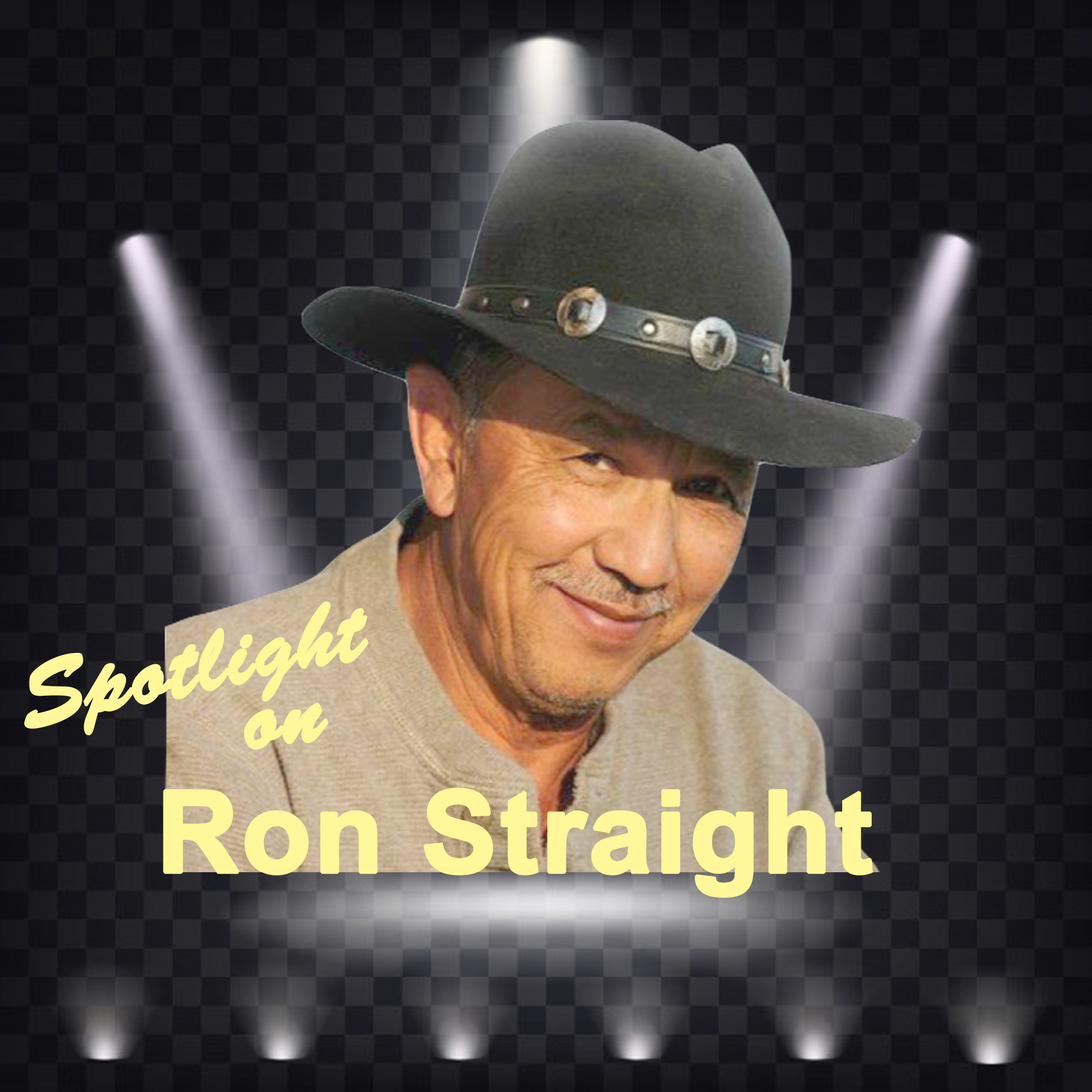 To grasp the underlying meaning and significance of Ronald George Straight’s art, it is necessary to know about his background. Eighteen years ago when Ron was 60 years old, he found out that he was aboriginal. The ensuing journey to discover his heritage led him to the Ojibway nation in northern Manitoba where his mother and younger siblings were from. And with one life-changing discovery another was ignited. Just look at his embossed signature to see his revelation revealed.

“Suddenly, things made sense,” said Ron. “I guess it was then that I was finally ready to let my artistic predilections have full rein.”

And once released, his nascent talent held no bounds. The work that emerges is personal and unique, but somehow universal in its appeal and message.

“I have a crazy mind,” admits Straight. “I see something in real life, reproduce it as a painting, but with embellishments that only make sense to me.”

The magical juxtaposition of the real and abstract is evident in many of his paintings. To wit, let’s look at the one  entitled, “The Greys”. Here we see a stark image of driftwood scattered along a white sand beach. The contrasts are sharp, but when one focusses tiny grey figures appear. Are they aliens precariously grasping on to anchors of safety in a strange land? Only Ron can answer that question.

Or contemplate the meaning of Rare Sightings. “What do my cat and dog see as they gaze out the window,” Ron wonders. “Do they see things that we only imagine? Is it Yeti, Loch Ness or is it Superman?”

Then we cast our eyes on the painting entitled “The Inspectors”. Recognizing Ron’s frolicsome penchant, we see two raggedy tee-shirts blowing in the breeze. While they are attached to a clothesline, three birds revel in the opportunity to fly without wings.

Ron’s art is at once a window to nature, history, philosophy and imagination. Take a look at how he limns the animals. Horses are not mere replicas of reality. They are masterfully depicted as spiritual beings with emotions of despair, joy, curiosity and exhaustion. His birds - owls, eagles, jays and tiny swallows always have a motive and even the insects are alluring in their journeys.

If I was to describe Straight’s art I would say his imagery has lustre and dignity, sometimes with a menacing sense of foreboding, but always with a pervasive feeling of breadth and exhilaration. Ron does not paint vistas or panoramas. Instead, he shows poignant snapshots in time.

Ronald George Straight’s art will be featured at the West Fine Art Show at the Glasshouse Winery in Langley from March 4-6, 2022. To view Straight’s art online go to https://www.ronald-george-straight.com/gallery/paintings.

Susan Cairns recently retired as the Executive Director of the Langley School District Foundation. Prior to her position as the founding director of the Foundation, she was a teacher, college instructor, then a journalist. In the latter position, she travelled the world writing for the Vancouver Sun, Province, Financial Times, Architectural Digest, Western Living, Vancouver Magazine, Award Magazine and Urban Development & Architectural Report. She continues to explore her passion for art, poetry and literature. Susan has post graduate degrees in education, fundraising and journalism. 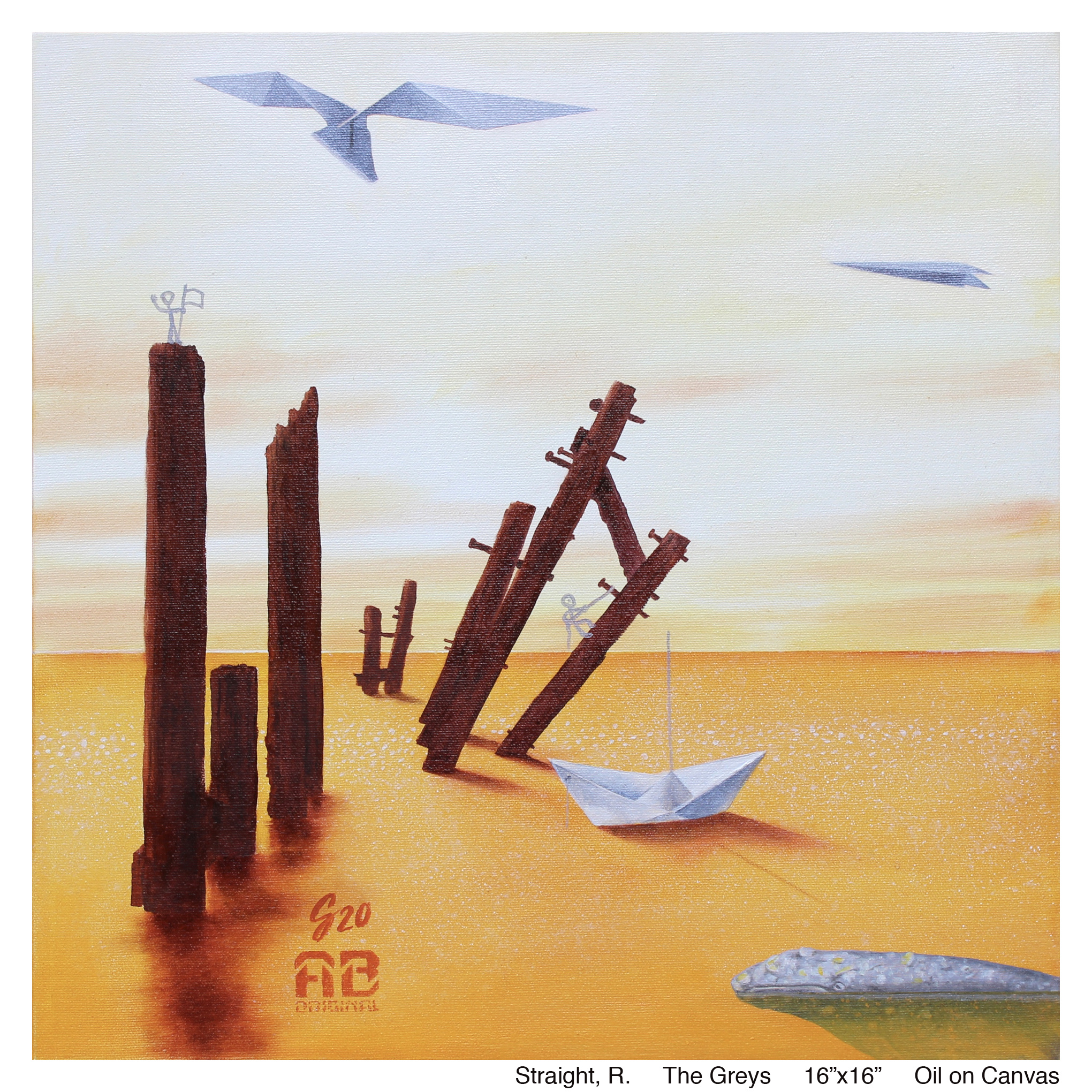 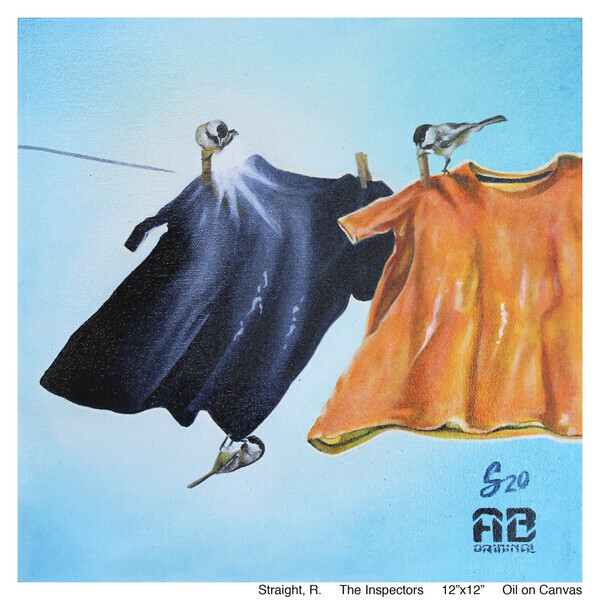