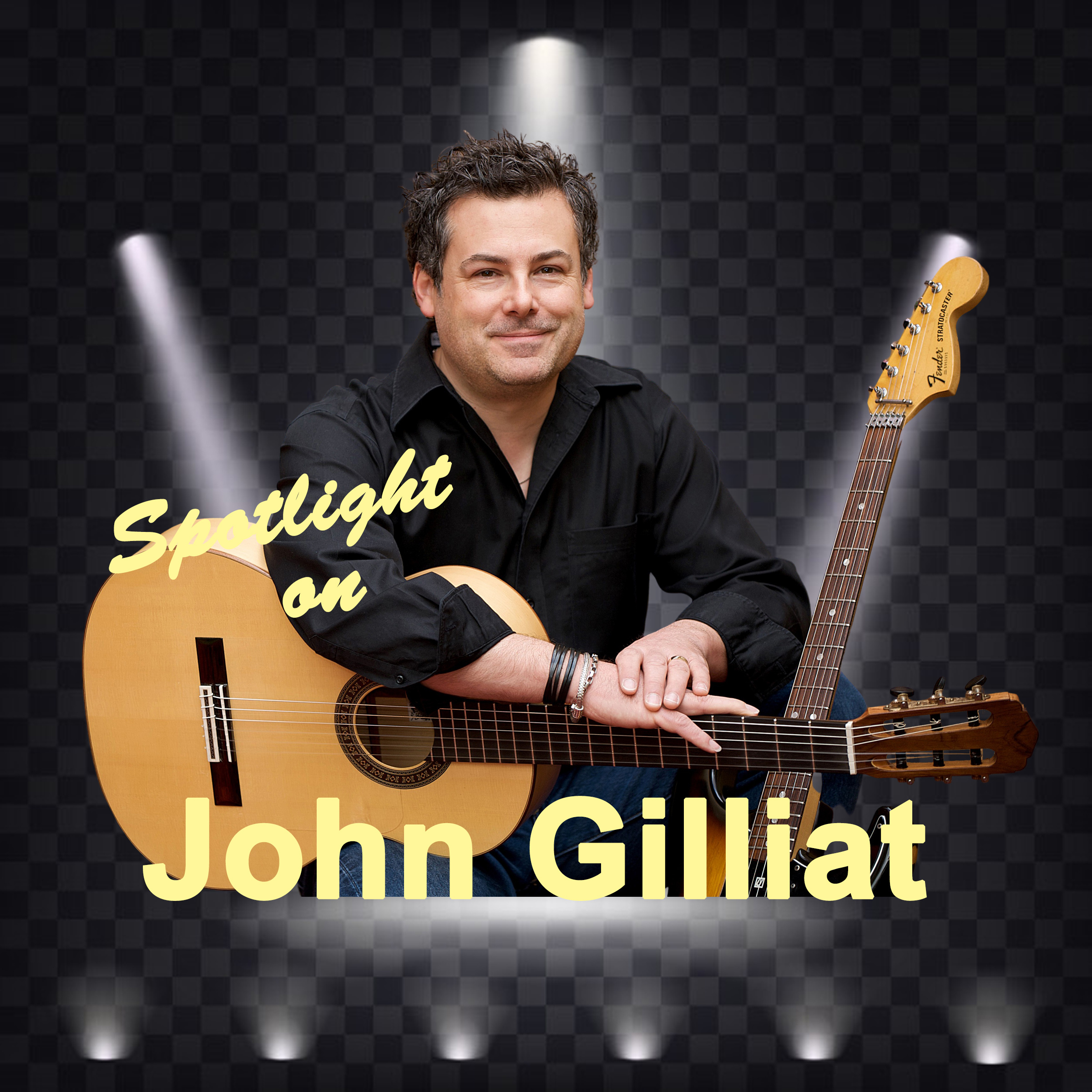 When John Gilliat was barely nine-years old, he happened to pick an old guitar and without lessons or training, began strumming out Pink Floyd and Queen classic rock tunes. “I’m not sure where my interest and obsession came from,” said John. “Neither of my parents were musical, so they were kind of amazed. Me – I wasn’t so much amazed as I was content.”

Throughout the years, John’s passion didn’t dissipate, but only intensified. While still in his early teens, he formed a basement band and before he was old enough to be in the clubs, he was the main attraction. If you were of age in the late 70s and 80s, you might remember such Vancouver hot spots as King Tut’s, Richards on Richards, The Town Pump, Commodore or Club Soda. John played them all.

“Back in the day, I was into Rock and Roll,” he explained.

“Who wasn’t?” I said with a knowing nod. I realized a split second too late, that his was not a nostalgic memory of a wild youth, but rather a progression of musical talent that had little to do with the stormy norms of the day.

“What happened next?” I asked, trying to regain a scintilla of gravitas.

John talked casually and almost perfunctorily about his times playing in a number of bands and in gigs throughout Canada, the United States and as far away as Japan. At the same time, he was gathering up a plethora of awards, not to mention a huge fan base. For most musicians, those heady days would be exciting times, but to John they were merely steppingstones. In 1996 he discovered his true passion.

Hear the dulcet twangs of John Gilliat’s guitar and you are at once transformed into a peaceful place, where all stress dissipates. The pulsating coolness of Flamenco Jazz mixed with the luxuriant tempo of Latin Rumba enters the bones, feeds the soul and lasts forever. John’s chords move up and down the guitar frets and his strumming fingers move in mysterious ways. The sweet, soulful melodies seem to mosey along, coming to a rest here and there, then sauntering on again via the occasional peculiar turn.

But don’t be fooled by the beguiling airiness of his themes. Even though John casually dismisses the huge intricacies and complexities of his compositions, I know his is a talent that comes by way of nature and nurture. In the words of Heinrich Heine, “where words leave off, music begins.”

Stories of rock and roll or cool jazz players often do not end well. But luckily for John, his talent does not feed on tragedy, sadness or despair. It is simply a part of him and who he is. At 55 years old, John is married with two children and lives happily in a Vancouver suburb. He graciously accepts gigs to play at Art Shows, Corporate Events and high-end soirees.

In May of 1999 he released his first independent instrumental CD titled Freedom. As a showcase of his guitar talents, the compilation embraced world beat musical elements of Rumba Flamenco, Pop and Latin Jazz. Then came Peace (2001) and Christmas (2003), both featuring the mesmerizing strains of flamenco guitar accompanied by bass and percussion. Beyond Boundaries (2004) and Winter Strings (2009) added to his repertoire.

And now John is passing on his prodigious talent to both emerging, wanna-be or closet musicians. Welcome to my Personal Guitar School is a very comprehensive and in-depth study centre, accessible to everyone by subscription. New lessons are being added every week. John’s goal is to pass on what he’s learned over decades as a professional guitarist, recording artist, and educator. Clearly, if anyone knows how to transfer the beauty and technique of music and guitar-playing John Gilliat does. Check out his website at johngilliat.com or contact him at gilliat@shaw.ca. 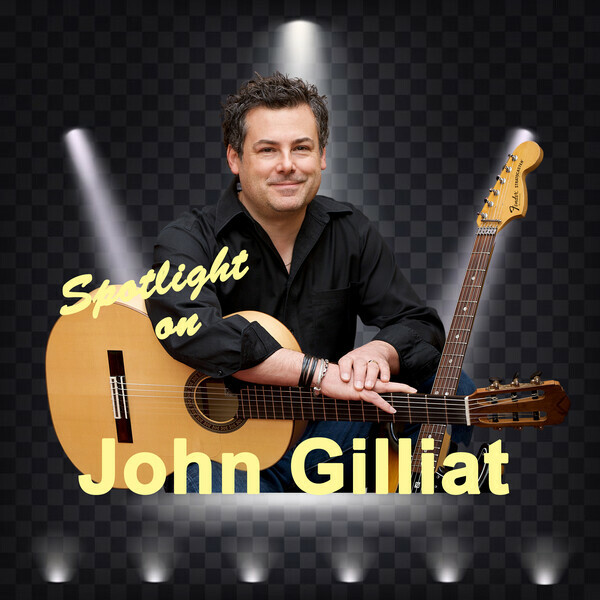 CLICK HERE ......To Visit John Gilliat on his "Special Art Show" landing page for a musical performance and a talk about his amazing GUITAR SCHOOL.