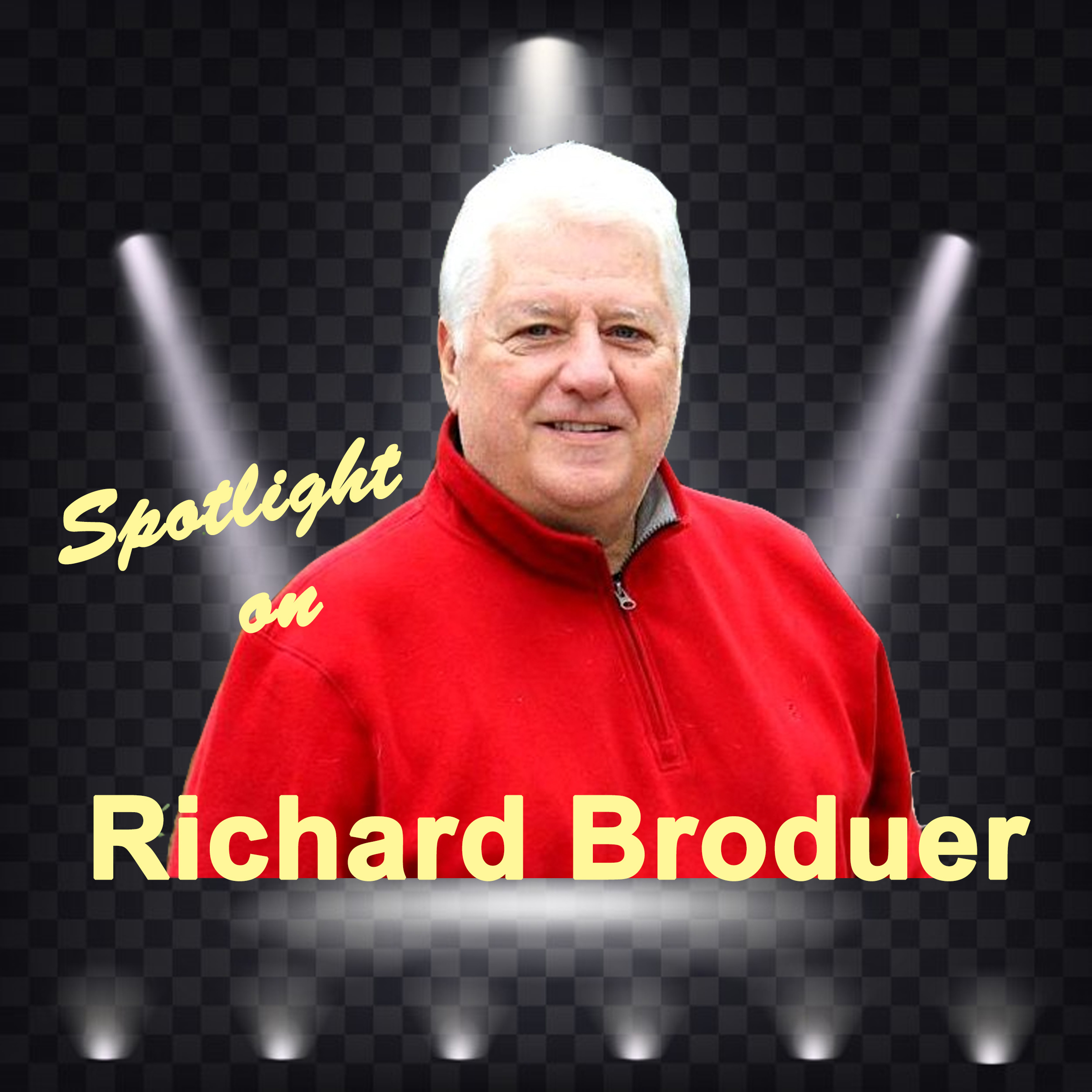 The merging of ice and art

Say the name Richard Brodeur and what comes to mind? Some say NHL goalie, others say artist. Richard Brodeur, in a charming French-Canadian accent says, “I am not one without the other.”

The Years on the Ice

Born in 1952, Brodeur grew up in Longueuil, Quebec. Situated along the St. Lawrence River, the town was lined with quaint peak-roofed homes all overflowing with dozens of frolicsome children. Included among the throng was Richard Brodeur, the third oldest in a family of six boys and two girls.
“In the summer we swam in the St. Lawrence River and in winter we skated along her rough surface,” said Brodeur with an air of pride. And in Longueuil, hockey culture dominated. “If you could skate and out-perform your friends, you were on your way to a career in the NHL”, said a chuckling Brodeur. “At least that was the dream.”

Of course, only a very few made the grade and Brodeur with his tenacity, grit and skill found himself skating around and around in a dangerous arena amongst athletes with super-human abilities.  At only 5’7 and barely 160 pounds, Brodeur was at the mercy of a phalanx of huge foes on skates. He made his mark, but it came at a price. After ten stellar years in the WHA and NHL, including memorable stints with the New York Islanders and Vancouver Canucks, (remember King Richard in 1982), the relentless bashings on the guy from Quebec eventually took their toll.

Art is Inseparable from Childhood Recollections

“Even when I was on the bus to a game, I was sketching,” said Brodeur. “My teammates would only scoff – at least that was what I feared. It was my secret. And when my career ended and my brain was a little scrambled, I turned to art. It was my salvation.”

While Brodeur’s arresting paintings reflect his dreamy remembrances, the festive look of these richly rendered canvases belie the difficulties he faced while producing them.

As a way to quell the vagaries of depression brought on by concussions, Brodeur hunkered back to the soothing memories of childhood, and in so doing produced a winning passel of works. Emerging as brilliant icons of Brodeur style, his paintings, skillfully articulated are both lyrical and active in their compositions. Featuring colourfully-dressed youngsters blithely skating on home-made ice rinks against back drops of charming village homes, red barns or acres of frozen fields, the paintings are like alluring invitations into a wistful past. The winter light of day or a full moon’s oneiric glow of night occupy the extreme foreground, providing subtle illumination, enough to witness the shenanigans of children as they revel in the joy of hockey.

Exciting the eye and lingering in the mind, the images rendered in oil, acrylic or water colour are impressionistic swaths of gentle movement conjuring up an aching nostalgia for days gone by. The depth of visceral enjoyment explains their hypnotizing popularity and world-wide demand. Richard Brodeur is an artist that has an international audience.