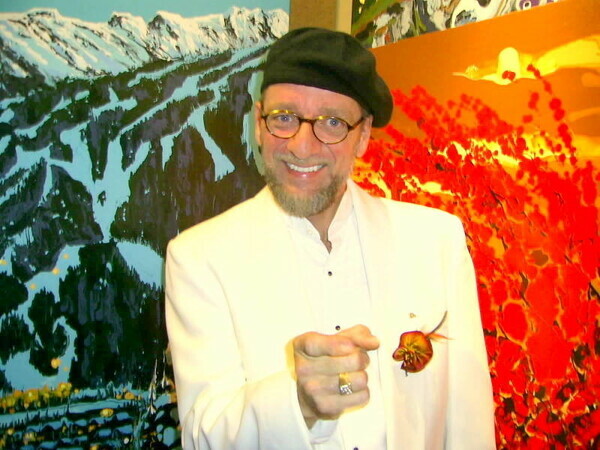 Since 1983 Mr. Dube has been painting with different mediums including watercolor, oil and acrylic. Being self taught, he enjoyed exploring realism to surrealism, impressionism, and expressionism.

Over the past 11 years he has had great success with the development of his own acrylic technique using bold color, active line and fluid movement. This unique style draws the viewer in to experience a whole new level of color and movement. Mr. Dube’s extensive body of work and long career as an artist caused his paintings gain the attention of galleries and collectors worldwide.

He has worked with such treasured artists as Jean Paul Riopelle, Luigi Tiengo, Paul Ygartua, Brent Heighton and Jonn Einerssen and many more.

Dube has dedicated his life to exploration of the 4th dimension of the mind. Mr. Dube offers a new experience to the viewer through use of color, movement and creativity.

Serge Dube showed in the Calgary Stampede in 2015, and was awarded first prize in the Artist's Guild. He has won several awards such as the Best in Show at the South Delta Artist's Guild in 2015, and a Certificate of Excellence from Artavita 2015, an award of Merit in the Regional Showcase at the '86 World Exposition and many more. Mr. Dube shows yearly at the galleries he is represented by in the West Coast. He has been represented by the Latitude Gallery in Calgary, Fallen Leaf Gallery in Canmore, Artym Gallery in Invermere, Gallery 421 in Kelowna, Lloyd's Gallery in Penticton and several others in the past 35 years.

Click on the image to enlarge
Copyright © 2021, . All rights reserved. | Administration | Powered by ArtSites.ca